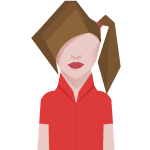 When I bought my first home, I really knew nothing about home windows and really didn't even look at the ones in my new house much. Once I started getting my energy bills, they were much more expensive than I expected and other people even agreed that they were. I wasn't sure what was going on until my girlfriend moved in and told me how drafty my windows were. I then realized why my energy bills were so high. The windows were also just one pane of glass and they let in a lot of heat in the summer. After I replaced them, my energy bills went down a lot. I have since been studying up on home windows, so I don't make the same mistake again. I decided to create a blog to share what I am learning about windows with anyone who also needs to learn!

Window film enhances your home in a variety of ways depending on the type of film you buy. You might want a decorative film that makes your windows look like they're made of stained glass. You may want a film that strengthens your windows against impact or film that provides privacy. Another popular reason for having window film installed is to improve energy efficiency by blocking UV rays and reducing heat transfer. No matter why you're having the film applied, it must be installed properly, so it looks nice on your windows. Otherwise, the film may have streaks, wrinkles, or bubbles. Here are some factors to consider when installing window film:

Professional Installation Should Be Considered

If you're installing decorative film on a small bathroom window, you can usually do that yourself with little difficulty. Many of the DIY window films are made from removable materials so if you mess up the work, it can be removed and reapplied to remove wrinkles or uneven application. However, when it comes to large windows that are visible to your guests, you want a film that looks professionally applied. When window film is put on correctly, it looks like part of the glass and is invisible. A professional knows how to prep the glass and install the film for an exact fit and smooth surface when finished.

Your windows should be washed before the film is applied. However, using the right cleaning solution is important because an acidic pH could cause streaks to be visible through the film once it has cured. Rather than using traditional window glass cleaners, you should use a mild soap, such as baby shampoo to clean the windows. A professional installer may have their own products to use to ensure the windows are prepped properly before applying the film.

Measuring is important because this helps you buy the right film if you're buying it from a home improvement store. You'll want a film that is wide enough and long enough to cover the glass so you can avoid patching pieces together if possible. You don't want there to be any gaps around the frame due to a shortage of film, so you should add an extra inch or two to the measurements. The edges can be trimmed to an exact match once the bubbles and wrinkles have been pressed out of the film.

Installation Help May Be Needed

Applying film seems like an easy job, but it can be very tricky since you're working with a large sheet of sticky material. It can be frustrating when the film sticks to itself and everything but the glass. If you plan to install the film yourself, you'll need at least one helper, and you'll want to pull the backing off the film in stages so the entire sticky side isn't exposed at once or the film will be very difficult to install. Apply the film in short sections and inspect your work so you can fix problems before the entire sheet is installed. One the film is in place and trimmed to fit, you may not be able to remove it if you are unhappy with the appearance.

Since the windows in your home are visible from the street and from the inside, you don't want to make mistakes that can't be undone. Professional installation could be the best choice, especially if you aren't very handy with DIY projects. Installing film on all your windows is a tedious project if you undertake it yourself, but a company like Sunblockers Window Tinting can do the job quickly and expertly so you can't even tell the glass has film on it.